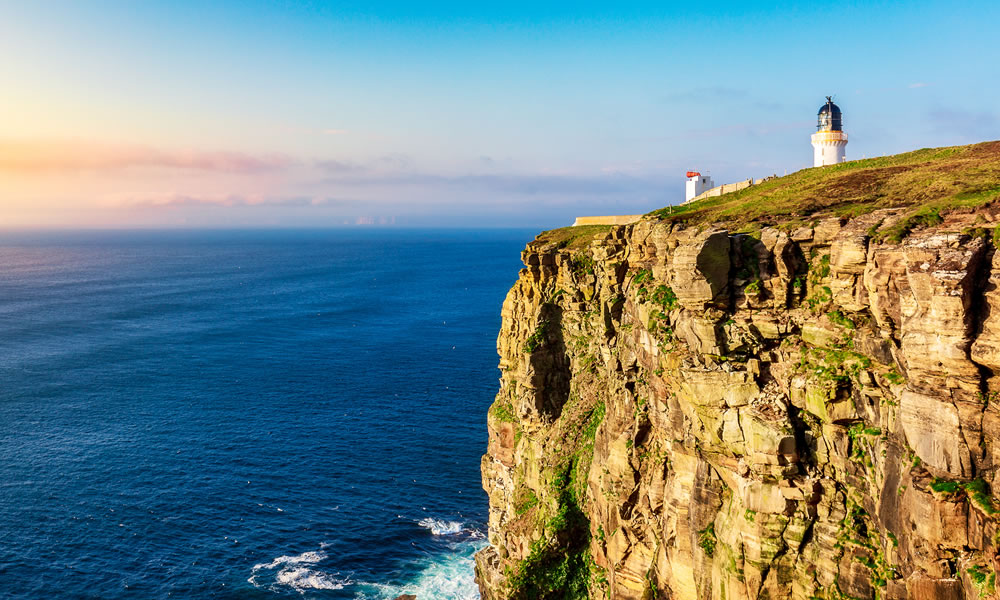 Views to the west towards Ullapool and The Summer Isles have got to be seen to be believed. To the North there is Durness, Wick, Tongue, John ‘O’Groats… Pure white sands of deserted beaches, all quite breath-taking…don’t miss Balnakeil, the quaint craft village created from the cold war early warning station at Durness and to gain the true spectacle of the area a leisurely drive round is a true delight on the quiet roads of Sutherland.

The following is just one favourite of ours, covering nearly 100 miles, you will be rewarded with so many photo opportunities you could easily spend a day, the problem would be deciding just which view to savour your lunch over!

Dunnet Head is Britain’s Northern most Point. The peninsula is east of the burgh of Thurso, and on a clear day, it affords excellent views of the islands Stroma to the east, and Hoy and the Orkney Mainland, 15 km (nine miles) away to the north, across the Pentland Firth.

A lighthouse stands on the 300-ft cliff top of Easter Head. Dunnet Head Lighthouse is 345 ft. tall and was built in 1831 by Robert Stevenson, grandfather of Robert Louis Stevenson.

The region is one of the least spoilt natural environments in the UK, if not the world. Famed for outstanding geology, nature, seascapes and wildlife, there is everything that you can imagine if you like the outdoors and walking, climbing and exploring. From Ullapool you can take cruises around the Summer Isles.

Portmahomack is a tourist destination with its traditional harbour, swimming beach, golf, dolphin watching and fishing. 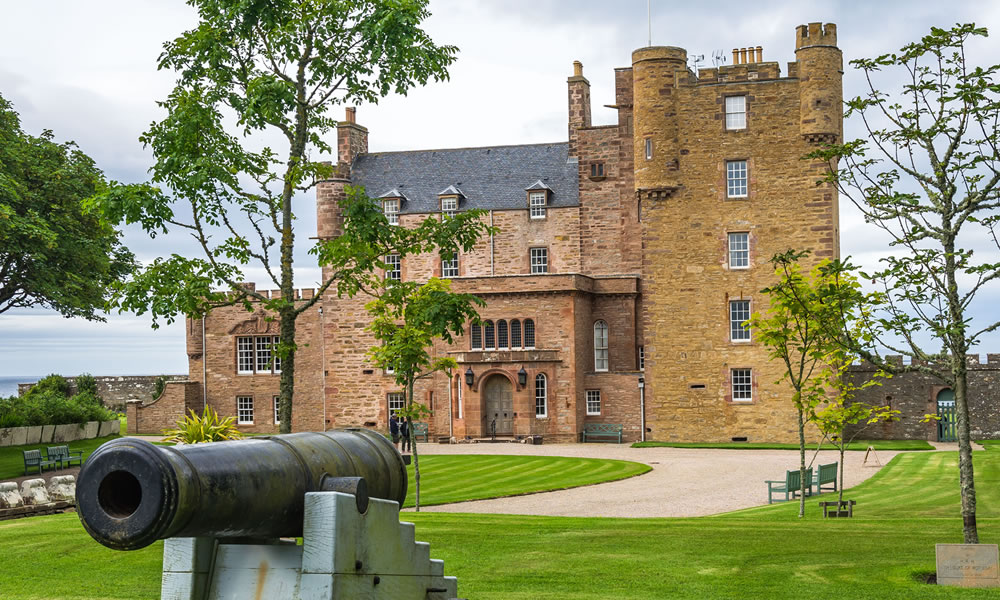 The Castle of Mey

The Queen Mother’s home in Caithness. It was built in the late 16th century. the Castle is kept as it was when the Queen Mother was alive, Within the shelter of the Great Wall of Mey a traditional Scottish garden has been lovingly recreated.

The Glenmorangie Distillery tour gives you unparalleled access to the distillery and warehouses. With the help of an expert guide you will experience all stages of the whisky making process from mashing and fermenting to distilling and maturing – all culminating in a dram or two of your choice! 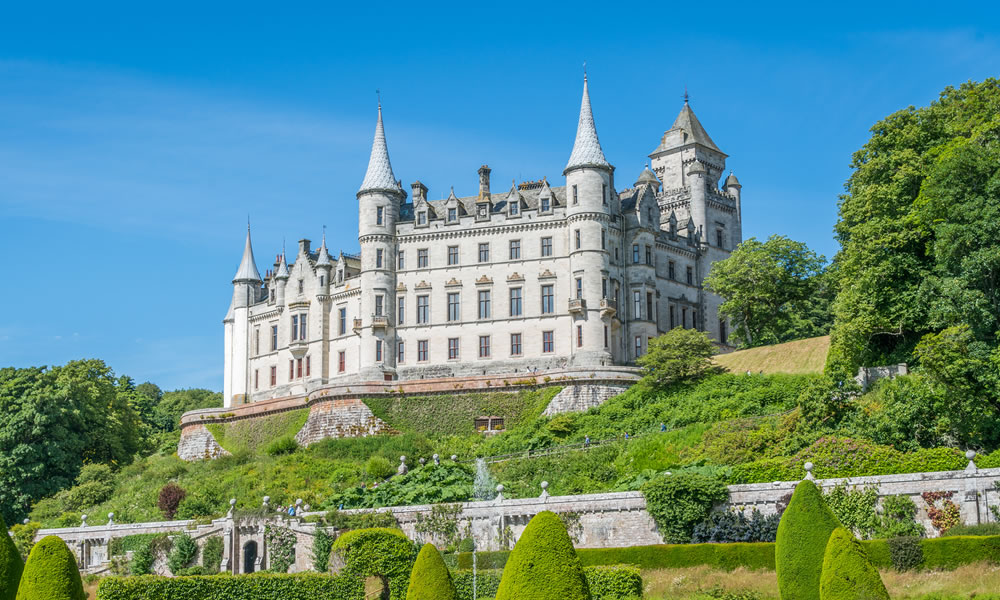 A jewel in the crown of great highland castles which dates back to 1300’s and is the seat of the Earls and Dukes of Sutherland. It holds a coveted Tourism Oscar, holds many special attractions during the summer and has a spectacular garden. Well worth a visit.

The gardens may be viewed by appointment only but has to rate as one of the most spectacular wall gardens anywhere. Their herbaceous borders in August and September are worthy of a very long trip to see but it is advisable to book in advance – you will never forget them.

The Scottish Highlands are home to some of the finest golf courses in the world, and are an ideal destination for golfing holidays.

The North Coast 500 takes you on a unique journey of the North Highlands. Drive some of Scotland's most beautiful roads and stop to take in the breathtaking scenery.

“The hotel is on the banks of the River Oykel. It is a stunningly beautiful place and a perfect place to relax.”